A DGWGO article today about  22-year old Jack Finley, aka Captain Jack, who progressed his career from being an actor to producing major events attracting tourists to D&G, inspired me to blog some Dumfries urbex portraits I took of Jack for my Urban Portraits Dumfries project.

As Lisa and Tom Cuchara state:

Urban exploration (UrbEx) is the art of finding and exploring abandoned locations. Not all locations are technically “urban” or even “abandoned”. The term abandoned is used VERY loosely. It is not “being abandoned” that attracts us to a place, it is the history, beauty, decay, charm, and architectural details (which contrast so drastically with today’s vanilla architecture). Another definition of UrbEx is the investigation of seldom seen man-made structures, a definition more consistent with our quest, since our subjects may be FAR from abandoned…

For Sydney urban explorer Tim Frawley “urban exploration is about exploring the places that time has forgotten”, that “offer something different from day-to-day life” with “a bit of rusty charm and history about them”.

So, treating the concept in its broadest sense, we picked a dark little tunnel, which featured in my shoot with Nikki and Lewis before, and a section of the rough stone wall with skeletal remains of the demolished staircase as our “urbex” portrait stage.

What attracted me to this little area at the end of Brewery Street was its fascinating character, how out of time, subterranian and secluded it felt. It was a perfect combination of history, decay and attraction.

The street surface was lumpy and irregular – a bit of macadam, a patch of asphalt and bumpy old cobbles. Weeds and rubble appeared here and there. The ragged stonework, bricked window frame and deserted niche revealed the ghosts of the town’s past. The jagged vestiges of the stairs hinted of lifestyles and history left behind. And just a few meters above Buccleuch Street was bustling with people and car traffic.

As you might guess, urbex “abandonment” became the key concept that guided the direction of our shoot here.

As a talented actor, Jack was not thrown off by my request to channel the feeling of being abandoned and left behind to enhance our charming but moody urbex location.  He arched in a scream of despair and managed to convey the emotional spectrum of solitary isolation so well, from distress to despondency!

I am so grateful to Jack for his inspiring creative contribution and the energy he invested in our urban portraits! Further blog posts about this shoot to follow… (Read Part 2 here) 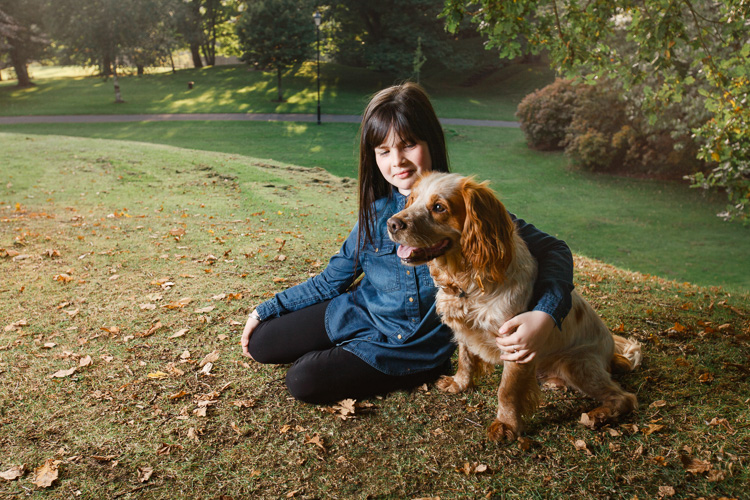 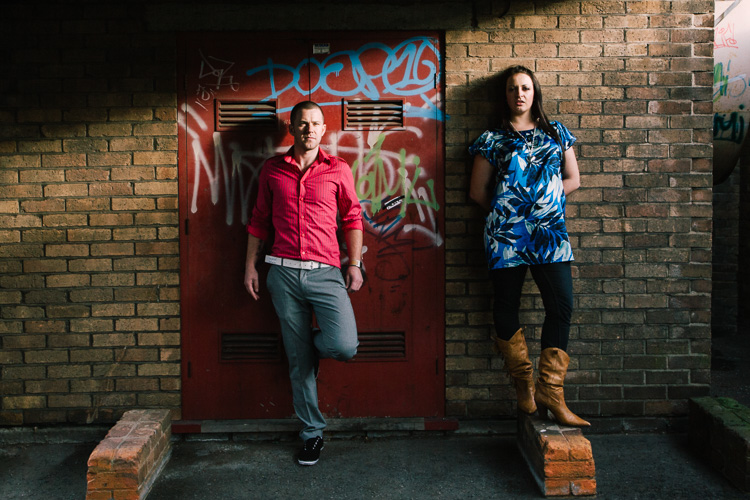 I am in the process of re-thinking my post-processing workflow and I need to test and time my new speed-editing shortcuts by applying them to a large number of raw images from the past portrait and documentary photography sessions. These dramatic light urban portraits are such a re-edit. The photos… 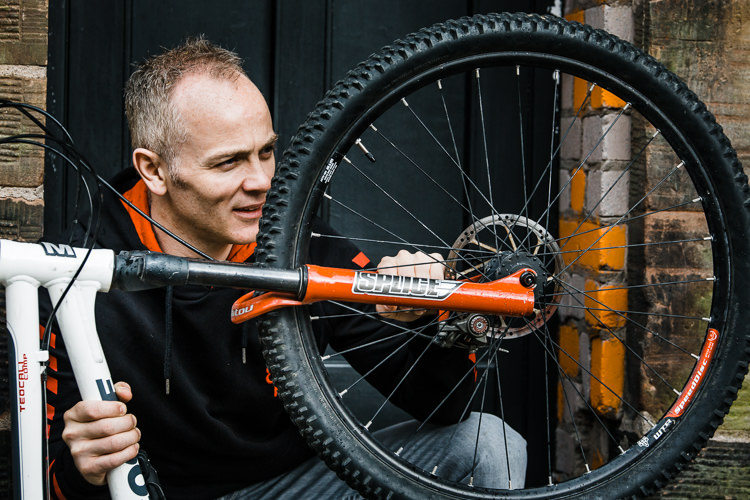 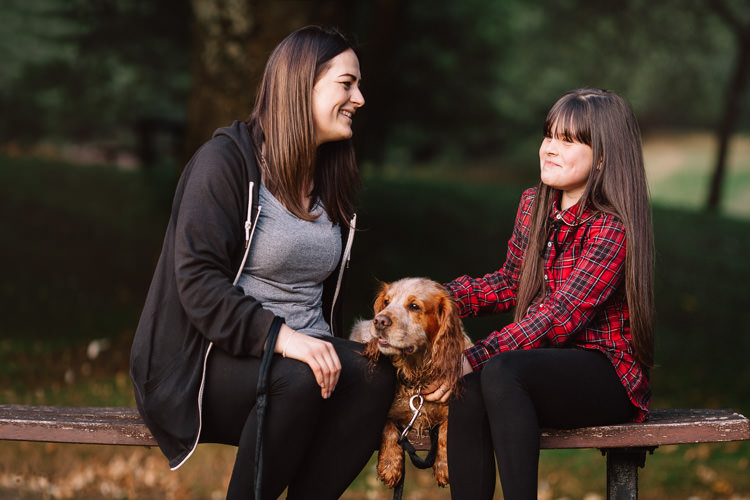 Part 2 of my autumn portrait shoot with Kayleigh, Louise and Rio in Castledykes Park for my Urban Portraits Dumfries project 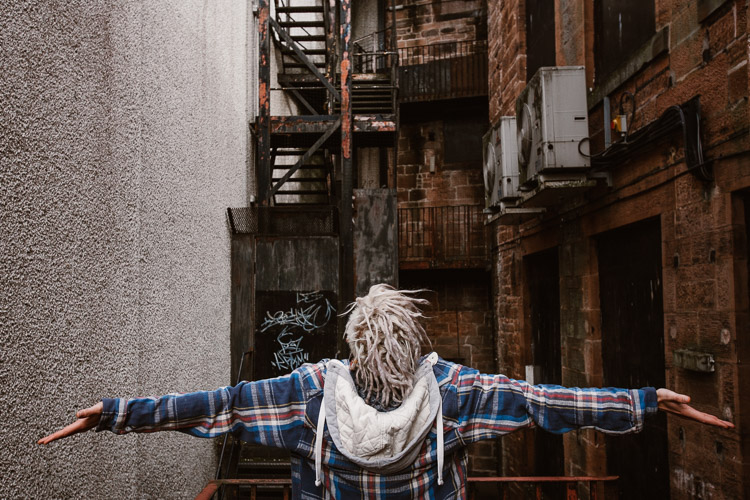 Here are more photos from my urban photo session with Ivor Gott for Urban Portraits Dumfries project (Part 1 is here). This time we chose a narrow courtyard/alleyway just off High Street. I liked the leading lines of multiple staircases we found in this courtyard and the shiny metal of… 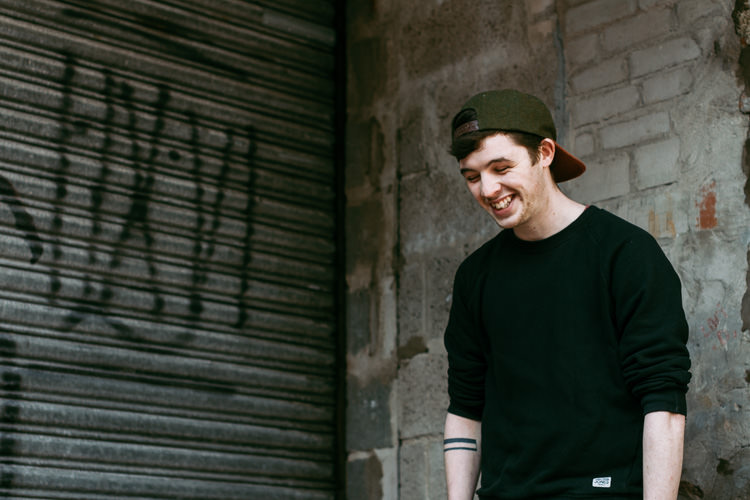 There is something about the combination of concrete, metalwork, graffiti and wooden pallets that screams of an unashamed utilitarian aesthetic. Exploring it with Captain Jack in Part 2 of this Urban Portraits Dumfries shoot