They chanted: “What do we want? Independence! When do we want it? Now” all along the way.

They were draped in Saltire flags with a sprinkling of proud Rampant Lions and unicorns.

Some had their faces painted with St Andrew’s crosses.

English Scots who demonstrated that the “YES” movement was not anti-English but an act of civic nationalism – London should not make decisions how Scotland should be run.

The disabled protested against their disability payment cuts by Westminster parliament.

Dogs were dressed up to show Scottish patriotic spirit.

Bikers, cyclists, drummers, bagpipers, babies in Indy prams, SNP members, Tartan Army football fans, granarchists, socialists, anti-nuclear protesters, the Anonymous, Catalan devolution supporters, Palestinian flag bearers, delegates from Fife and other places across Scotland, attendees from the south of the border, places like Carlisle who still support the “YES” movement – all of them marched together in All Under One Banner rally in support of Scotland’s independence from London rule.

In unexpected numbers and showing remarkable unity, particularly for the constituency that voted pro-Union in 2014.

Now, four years on, there is a bitter sense of betrayal as David Mundell, Tory MP for this area appointed Secretary of State for Scotland in 2015, repeatedly failed to defend the interests of his country in Westminster.

One of the marchers pointedly wore Mundell’s mask with the YES on the forehead and a T-Shirt with “Never Trust a Tory” slogan.

At the statue of Robert Burns a small flock of pro-Unionists wielding Union Jacks and playing “Rule, Britannia” anthem via the loudspeakers met with the gigantic Scottish independence human murmuration.

Ironically, the poet under whose statue the Union supporters chose to congregate once wrote:

“Alas have I often said to myself, what are all the boasted advantages which my country reaps from the Union, that can counterbalance the annihilation of her independence, and even her very name?”

The only Union flag bearer in the AUOB Dumfies march was a chap in a British colonial helmet and a pink T-Shirt reminding to “keep calm and bow before your Imperial masters”.

Among the megaphone chants, loud music and the marchers’ cheers, a man sat and calmly read his paper, apparently oblivious to the political fracas around him.

Oh, the stories that photos tell… 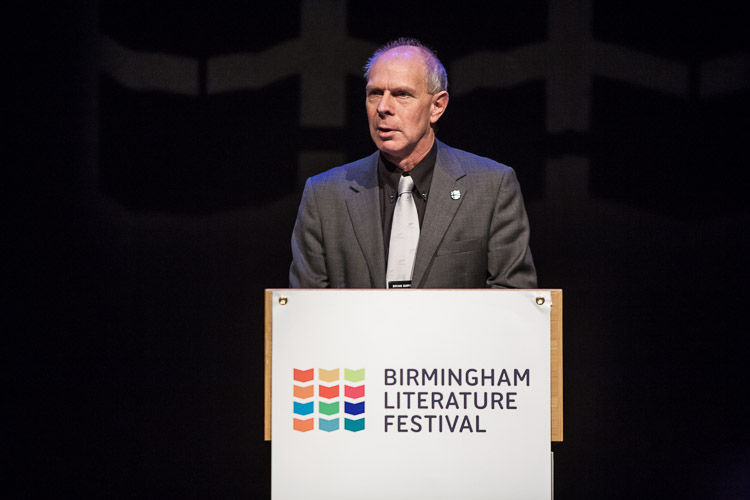 ‘There is not enough poetry in our lives,’ said John but could not make it to the launch of the Birmingham Literature Festival on National Poetry Day. I, on the other hand, was free and enjoyed every minute of the hour of poetry from Birmingham poets laureate, past, present and… 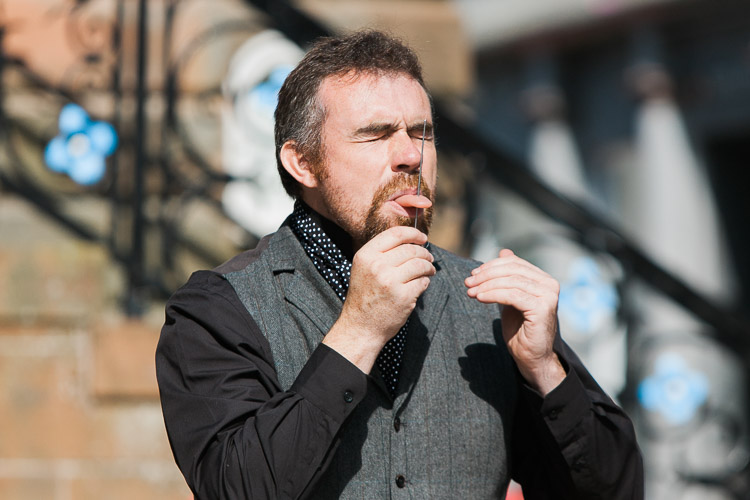 It is nearly mid September and the two-month In Our Town programme of street entertainment in Dumfries is drawing to an end. But not yet. Last Saturday we saw Murray the Magician and Fearchara performing for a crowd of kids, their parents and interested onlookers basking in the sun in… 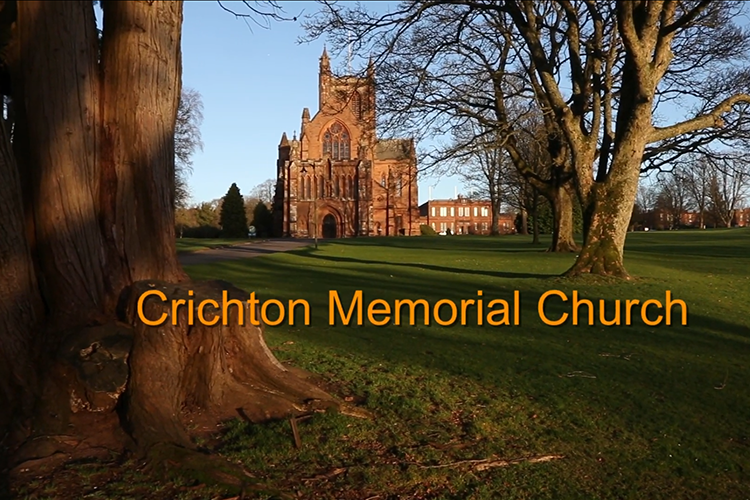 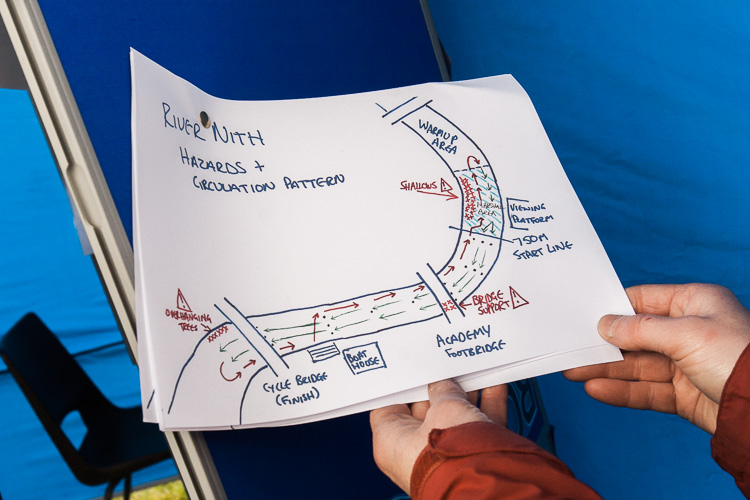 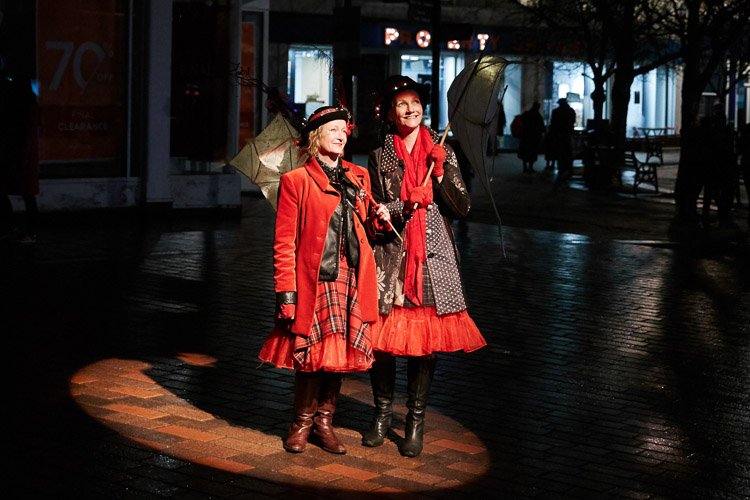